On 14 April, the US base at the Erbil Airport was hit by an attack widely reported as a drone attack.  The explosion was substantial, meaningfully louder than the 15 February 107mm rocket attacks.  While circumstantial, the evidence suggests a far heavier payload than modified consumer drones can carry and almost certainly implies the use of military drone technology of Iranian origin.

Attacks with suicide drones are new to the KRG region and represent a significant escalation of asymmetry through technology.  Novel threats such as drone attacks can be significantly mitigated though integrated deployment of novel countermeasures, such as ESR radar optimized for drone detection, such as the Echodyne Echoguard products. 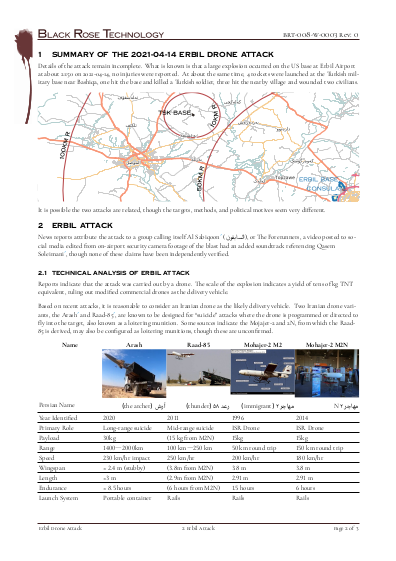